Mbps, which is enough to meet the transmission of high-quality audio. However, in Bluetooth audio transmission, both the early Bluetooth 2.0 / 2.1 and the now popular Bluetooth 4.0 use the same A2DP protocol

Because the A2DP protocol greatly limits the transmission bandwidth, the audio signal needs to be effectively compressed to ensure the real-time playback of the receiving end, so there are many different encoding and decoding schemes in Bluetooth audio devices. 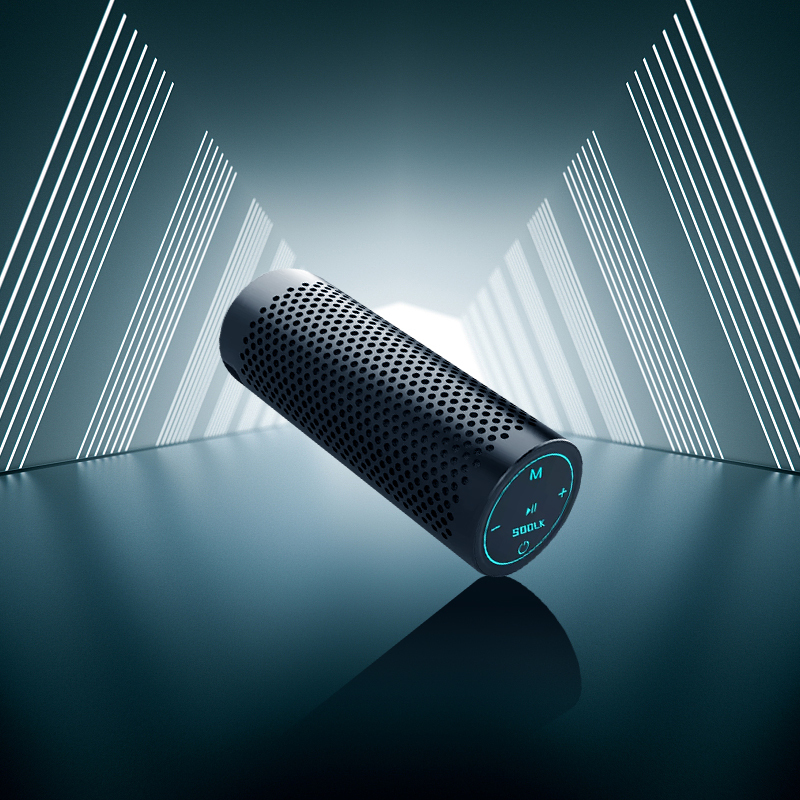 There are three party speakers codec schemes: SBC, AAC, and apt-x. Among them, SBC is an old but still the most common Bluetooth audio codec scheme, while AAC and apt-X are relatively new. Some improvements have been made in the SBC scheme. Theoretically, the sound quality is better than the SBC scheme. AAC scheme is mainly used in iPhone and other apple devices, while the apt-X scheme is more common in vivo, Samsung, and other brand mobile phones.

It should be noted that although apt-X claims to be a "CD level" audio codec scheme, in practical use, apt-X is no less than the ancient SBC, but it is still a certain distance from "CD level" transmission. In addition, apt-X needs to be supported by both transmitting devices and playback devices. If you want to use apt-X, in addition to a mobile phone that supports apt-X, you should also check whether the speaker itself supports it before buying a Bluetooth speaker.

If we want to rank these three coding and decoding schemes, under normal performance, apt-X is better than AAC and better than SBC, which is still a significant gap compared with the traditional wired audio transmission. However, if this gap is placed in a small Bluetooth speaker, the impact on sound quality is far less than that in theory.

In addition to SBC, AAC, apt-X, and other "conventional protocols", Sony also launched a Bluetooth transmission standard called LDAC, which can provide a maximum bandwidth of 990kbps, which is higher than apt-x. theoretically, it can further improve the audio quality of Bluetooth audio transmission, but LDAC only supports some of Sony's own devices at present. If you want to experience LDAC, you need a zx2, zx100, and other players, or an Xperia Z5 and other smartphones, and then buy an MDR-100adn Bluetooth headset or x99 wireless speaker and other devices. The scope of application is narrow.

Compared with Bluetooth audio transmission, the bigger limitation of Bluetooth speakers in sound quality performance is the size of the speakers.

In portable Bluetooth speakers, due to volume limitations, the most common solution is to place a full frequency unit of about 1 inch on the left and right and use a passive diaphragm to increase the volume sense of low frequency. The number and quality of sound-generating units are quite different from the traditional 2.0 speakers. At the same time, due to the volume limitation, the spacing between the two full frequency units in the Bluetooth speaker is often very small, which will also affect the sound separation.

Due to this "compact" design, the sound quality of Bluetooth speakers will be relatively limited. In order to get a better sense of hearing, there are often trade-offs in sound style. The most common way to deal with this is to increase the low frequency and "grasp" the user's ear for the first time with the bass of "move times play times".